The Great Kindrochit Quadrathlon (The Quad) is an exhilarating test of stamina, strength and fitness through some of the most spectacular and historic areas of the Scottish Highlands. It will be a weekend you will never forget! It is an event for Teams of Two, who complete all disciplines (of whichever route they opt for) together.

There will be three different route options to choose from: Gold, Silver and Bronze. So there this something for everyone!

The Gold Route will be the same as the previous years’ route. Start at Ardtalnaig shore on the south side of Loch Tay and swim 0.8 mile, then walk/run 15 miles over seven Munros in the Ben Lawers range (Meall Greigh, Meall Garbh, An Stuc, Ben Lawers, Beinn Ghlas, Meall Corranaich and Meall Nan Tarmachan), then kayak 7 miles from Loch Tay Highland Lodges back to Ardtalnaig, before jumping on your bike and cycling 34 miles round Loch Tay. The start time will be 6:00am or 7:00am. We will allocate your team a start time.

The Bronze Route is a triathlon – there will be no swim section and the hill section will cover just 5 Munros – no Meall Corranaich or Meall nan Tarmachan to ascend. Just come off the hill after Beinn Ghlas and descend to the loch for the kayak section. That will save you about 8km (5 miles) and 730m (2400ft) of ascent! This route will start on the North side of Loch Tay, rather than at Kindrochit (Ardtalnaig). The start time is 8:00am from the South side shore at Kindrochit. We will take you to the North side by boat.

Who can take part?
The Quad is an event for those who relish the challenge of a one-day endurance test. The event is designed to be accessible to people of all abilities, from more experienced athletes who want to push themselves to the limit to those who wish to set themselves a new challenge and improve their fitness. But make no mistake this will be a serious challenge and will test your fitness, robustness and resilience to the limit. It is an event for Teams of Two, who complete all disciplines (of whichever route they opt for) together.

What is Expected of Participants

Participants should have some experience in all four disciplines, and ideally with some solid and consistent training. However individuals with even a basic level of fitness can complete the event.

I did “The Quad” back in 2017.
I’ve been fortunate enough to take part in triathlon and other endurance events all over the world.  None however come close to the unique experience or personal sense of achievement that is delivered by participating in the Kindrochit Quadrathlon. What better way to spend your weekend than to have an amazing day whilst you fundraise to help others at the same time? I will be back. 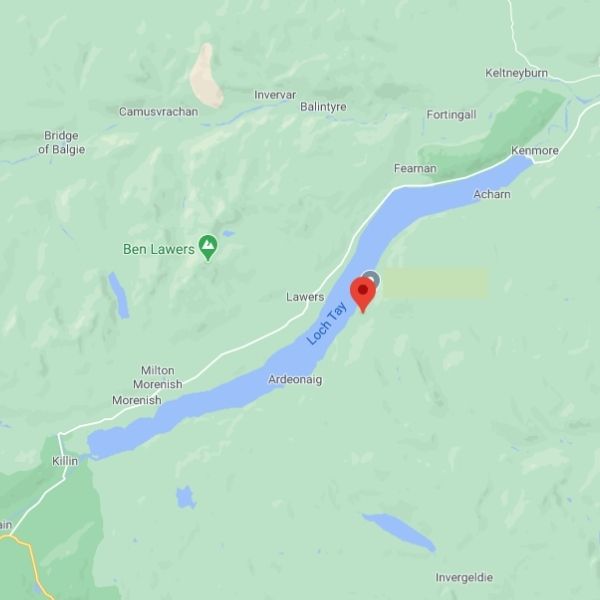 The Event Hub is based on the shore of Loch Tay just below Kindrochit Farm, the HQ of WildFox Events:

This route includes the swim, the walk/run over 7 Munros, the kayak and the cycle: 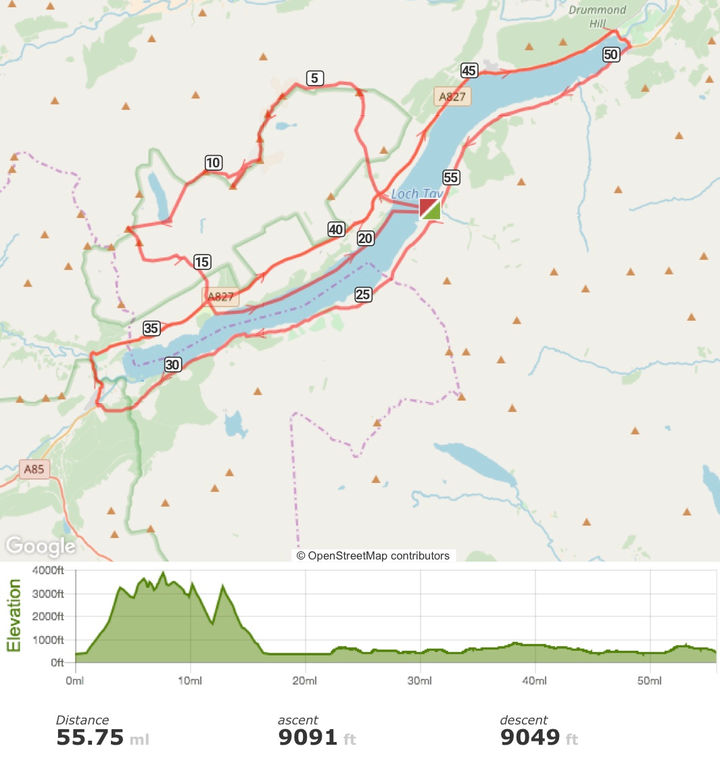 This route is the same as the Gold Route, except the walk/run does not include the re-ascent to Meall Nan Tarmachan: 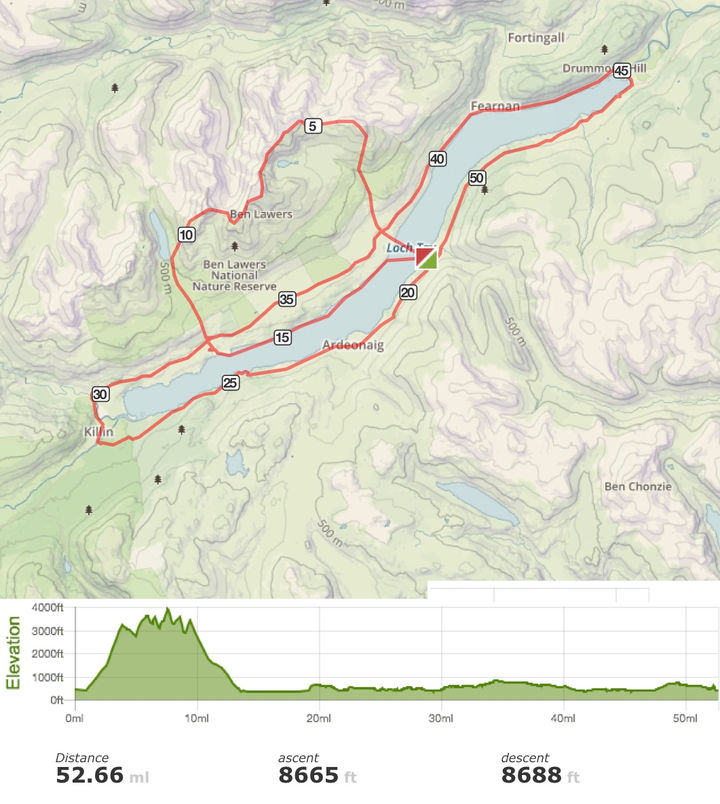 This route does not include the swim section. As shown on the map below, the route starts on the North side of Loch Tay. The walk/run section is also shorter than the Gold and Silver Routes – you will come off the hills after Beinn Ghlas, omitting Meall Corranaich and Meall Nan Tarmachan: 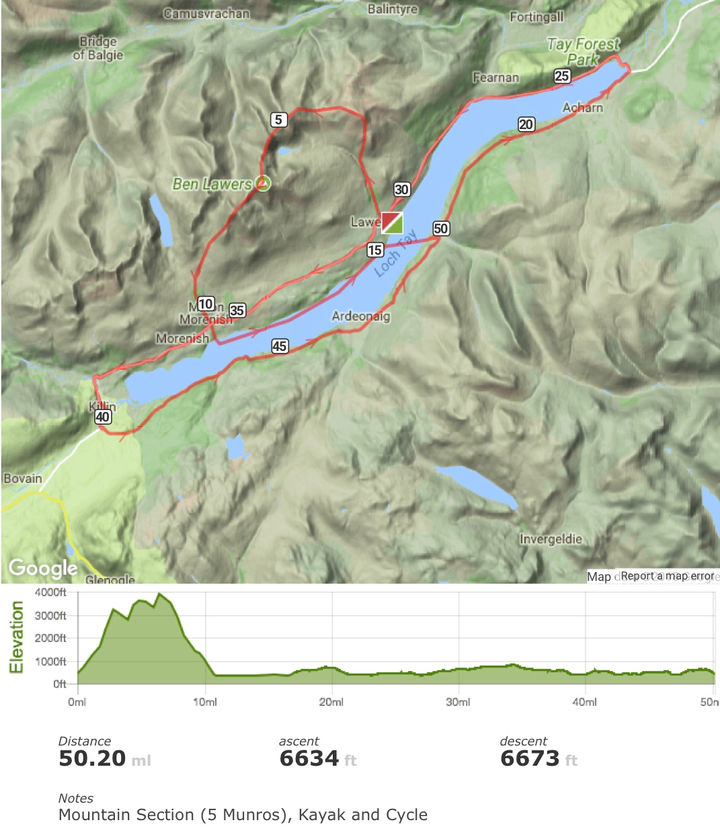